Spinning box is a rectangle thermal heating box body, the casing is equipped with melt distribution pipe, metering pump, components, the outsourcing of the insulation, heat preservation effect to the melt, the box body is configured with a heat medium electric heater, the heat medium boiler, the circulation of the gas phase heat medium of spinning melt distribution of the casing pipe, plays a role of heat preservation, heat metering pump, spinning components.

In the melt spinning box entrance to each spinning parts of equal to the length of the melt distribution pipe, avoid the pipeline resistance difference between various spinning bit, ensures that each spinning melt viscosity, the uniformity of the residence time and temperature, to ensure the uniform stability of the spinning quality.

Spinning melt polymer melt in the production line in the process of transportation and flow, will melt temperature drops due to heat losses and liquidity variation and affect the melt flow and distribution, in order to guarantee the process requirements, need to increase the heating system in spinning box. The function of the spinning box heating system is to maintain or control the temperature of the melt so that it has proper flow performance and pressure to meet the technological needs.

Most spinning box is to use electric heating, the heating area of the heating power is commonly according to temperature distribution approaches such as configuration, each heater power, distance between the heater is equal. But due to the runtime state of cooling or heat load is different, and influence each other between adjacent heating zone, in actual operation, the temperature set point may be different, each heating zone heater the actual working condition (a) load rate is not the same. 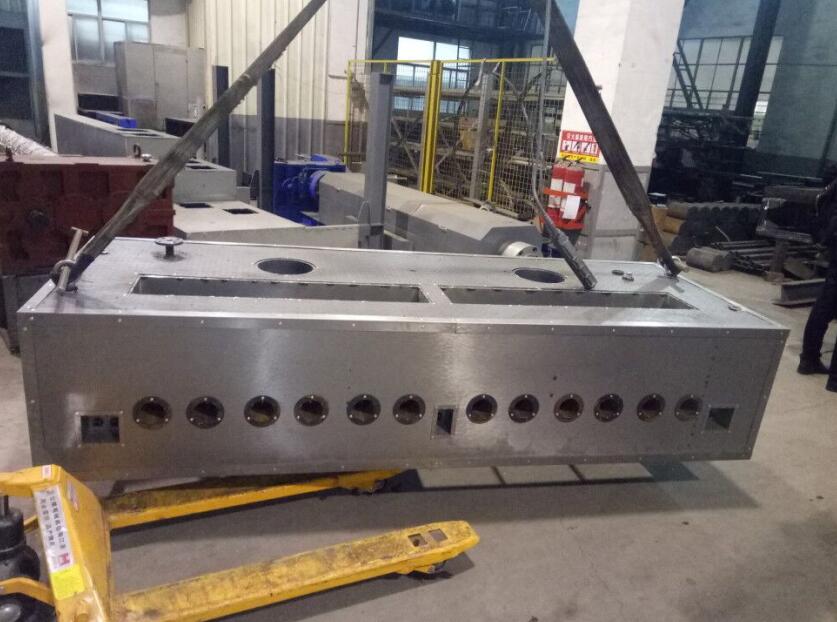 The temperature control system of the spinning box is all closed - loop PID control. Because of the melt temperature difference directly affects the quality of the products, requires high temperature control precision of the heating system, generally is + / - 1 ℃.Because the melt temperature is higher, the heating power of the spinning box is bigger also, 3.2 m production line of the body heat up to 60 ~ 100 kw power, while the actual power consumption is mainly with the melt flow rate, heat preservation, cooling condition, etc.

Spinning box body surface area is large, and the surrounding environment during operation may exist the difference in temperature of 200 ~ 300 ℃, if not heat preservation processing, will not only lost a lot of heat energy, increase the production cost, but also will affect the production environment, increase the staff's operating strength. Under normal circumstances, the new spinning box should be insulated in time after trial operation and hot fastening. Should choose working temperature higher than 300 ℃ non-combustible inorganic heat preservation material, such as rock wool, aluminum silicate insulation blanket, etc. The filling method is widely used in China, which is to fill the gap between the metal protective case and the box body with the insulating material. After dealing with the heat preservation, spinning the outer surface temperature in the box body can be controlled in 60 ℃ or so commonly.

The inspection and protection device on the spinning box